We are thrilled to announce that we agreed on a partnership with Isovalent. Isovalent created Cilium, the Enterprise-class eBPF-powered Networking, Observability, and Security software, which was contributed to the CNCF as an incubation-level project in 2021. 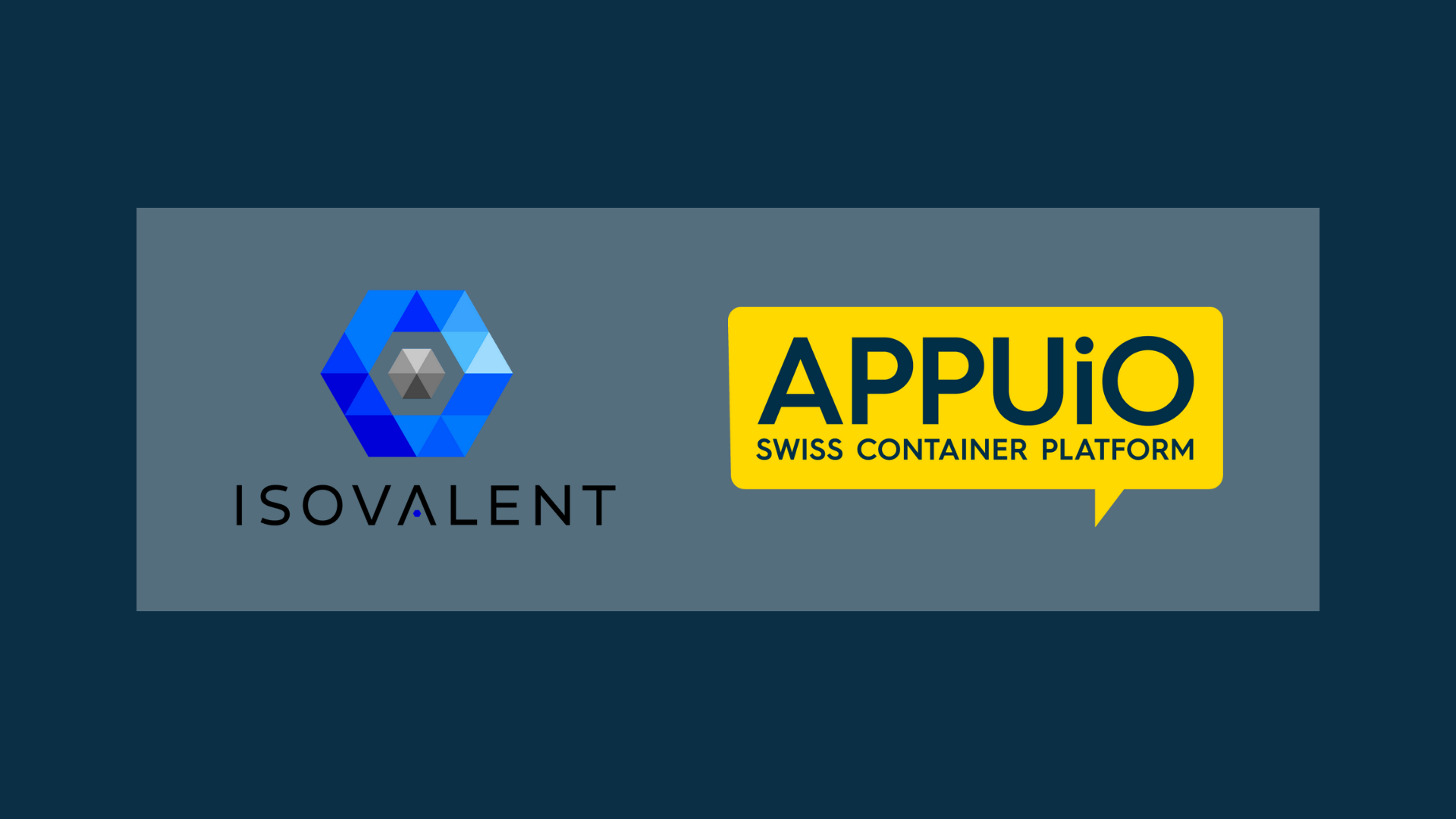 Isovalent builds open-source cloud-native networking software that solves networking, security, and observability for modern infrastructure. Isovalent Cilium Enterprise is the Enterprise Distribution maintained by the creators of Cilium & eBPF. We’re especially proud that one of the founders of Isovalent and lead developer of Cilium and eBPF has his home in Switzerland. Besides the US, the second headquarter of Isovalent is in Switzerland.

What is Cilium and eBPF?

Cilium is an Open Source software for enabling, securing, and observing network connectivity between container workloads in cloud native apps. It is fueled by eBPF, the revolutionary Linux Kernel technology. eBPF allows sandboxed programs to run in Kernel space. It is used to safely and efficiently extend the capabilities of the Kernel without requiring to change kernel source code or load kernel modules. This allows for fast and secure innovation.

Isovalent provides APPUiO with expert support for stable operations, supported by the use of the hardened and Red Hat OpenShift-certified distribution of Cilium. This support is provided by the same developers who wrote Cilium, with a 30-minute response time; hotfixes for high priority incidents; and a regular, proactive review of customer metrics to identify potential concerns as soon as possible. All of these features makes Isovalent a premium partner for APPUiO in this new phase.

Why APPUiO and Cilium?

Cilium is a critical piece of the new APPUiO Cloud. It allows us to: